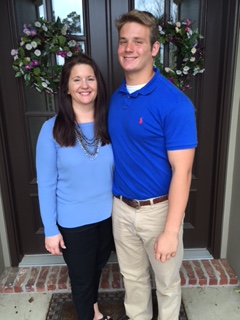 The other day I went shopping with my almost 17-year-old son, and I had a pleasant experience.

Before you accuse me of stretching the truth, just know shopping with my son hasn’t always been fun. We’ve went through stages. From the time he was a toddler up until preschool, he would be a little whiny until we would stop at Walmart and let him pick out a shiny, new Matchbox car. This would keep him content in his stroller for an all-day shopping trip with my mom and his older sister. I don’t remember getting his older sister anything like that. She liked walking around, looking at clothes. Trying on clothes. Waiting for me to try on clothes. I don’t remember her being an issue. But if we couldn’t go to Walmart first, we’d hear him saying how tired and hungry he was. Are we done yet? He wanted out of that stroller.

When he got a little older and out of the stroller, things got more complicated. He started hiding among the clothes racks. My nerves would be fried keeping an eye on him while using my brain to compute 20% off the red-line price plus another 25% off coupon. Thinking about what was in the bank account. Do I dare charge it? But that’s a topic we’ll save for another day.

Once he was elementary age and matchbox cars no longer mesmerized him, I learned that food would do the trick. A trip to the mall meant a trip to Auntie Anne’s pretzel company with some lemonade. And the only thing he ever wanted was a new pair of tennis shoes. He’s pretty easy to please; not much has changed over the last seventeen years. Clothes have always bored him. Eventually, I learned his limit. He would try on one pair of pants and a one shirt. If they didn’t fit, at least I had something to guide me by. And so began the years of shopping for him, without him.

That’s why the other night was so monumental. Ring Ding, a special ceremony where high school juniors receive their class rings, was in a week, and he had agreed to wear a sport coat and tie – except he didn’t have one. And so once again, I shopped for him, not with him. I knew he could fit in his dad’s sport coat. I knew what size the pants and shorts I bought him in the fall were. I knew what size his dress shirt from Homecoming in October was. He also needed new school shorts. He said his were too short and tight.

So, I went shopping. Alone.

And I was way off.

Now before you think I’ve lost it because obviously if they were too tight he needed a bigger size, you have to realize I had just assumed they had shrunk from repeated washings. What I forgot was that he doesn’t put most of his clothes in the dryer. The kid actually washes his own clothes. Has done that since 8th grade. Mostly because I think he got tired of waiting on me. Also, because he is particular about how they fit. He puts hardly anything in the dryer. But I forgot, and so the clothes I bought for him by myself, were comically too small.

Before you start wondering about this kid, just realize, obviously, he’s not perfect. If he’s ready to wash his clothes, but someone else has theirs in the dryer, he will dump them in the nearest basket. Not folded. I haven’t yet trained him to treat others the way he’d like to be treated when it comes to laundry.

But I’m very thankful for all that he does. Occasionally, he’ll even clean his toilet and sink (if I ask and hand him the Scrubbing Bubbles with a rag.)

Thinking about him leaving for college doesn’t seem real. But he’s a boy that puts his clothes in the hamper. They’re not all over his bedroom floor. He doesn’t lose things. The boy is way too responsible when I think about it. His flaws include frying himself eggs and bacon for an afternoon snack and leaving the dirty pans behind. Or forgetting to rinse out his shaker after he’s drunk his 3rd protein shake of the day.

I don’t mind washing those dishes. Wow! He can cook. How did this happen? I didn’t know how to cook eggs until after I was married. (And the first few times didn’t go so well. They were more like soup.) I don’t feel like I can take credit for the son he’s become. He has an inner drive that comes from within.

Adding him to the family plan at the gym was a great idea. People look at him and wonder how he’s gotten so big. He’s all muscle. A year ago when he surprised everyone at the bench-a-thon and went from benching 205 lbs. to 325 lbs. in a year, they screamed steroids. Really, it’s just a hard work ethic. He works out in football practice and then drives across the street to the gym and works out some more. That’s nothing his dad and I did. It’s an inner drive.

But all those weights changed his clothing size a little. The size he wore in the fall, looked ridiculous. When he tried them on at home, we all got a good laugh. The shorts and dress pants were too tight. The dress shirt choked him.

Here’s the milestone. Even a year ago, he would have complained about having to go with me to return them. Try on other sizes. He probably would have bartered with me about getting out of going. There’s been times I’ve made three trips to a store before finding the right size. But no, my boy is growing up. He didn’t complain about going to take them back. In fact, he reminded me that we needed to do it.

And he asked about different shoes for the outfit. Actually picked out some dress shoes that he liked. I remember freshman year when we shopped for Homecoming. He complained about having to wear those dorky shoes.

He used to complain about dressing up. But the boy in front of me is now a man. Maybe a young man, but he is a man who is well on his way to figuring out who he is.

Outside the dressing room we discussed which slacks he preferred – flat front – not pleated. I’m still a little amazed that he had an opinion. He’s become his own person, and I’m not really sure when that happened.

Today my son turns seventeen. Tonight he becomes a senior in high school.

Excuse me while I go wash the ketchup-encrusted plates he left behind in the kitchen after finishing his three hot dog snack. I’m looking forward to it. One day, I’m gonna miss this.

One thought on “I’m Gonna Miss This”