I have so many things I could write about my youngest. But many of those things she won’t understand until she’s older. The imperfect parent I am.

She has dreams of becoming an actress. And while I want to tell her to be realistic and warn her about how many lives are ruined because of Hollywood, I wonder if I wasn’t put in her life to give her the sorts of experiences that will inspire her to follow her dreams.

Or was I put in her life to help her train for a more realistic career? She loves science. (I can’t relate to that one, but maybe I’m here to point her in the right direction. Give her some confidence. Show her that she can do whatever she works at hard enough.) 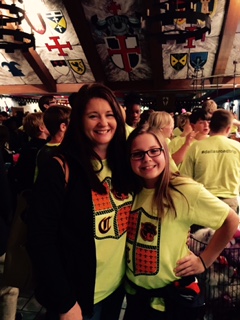 This year I’ve had the privilege of teaching her sixth-grade English for 94 minutes, 5 days a week. That’s been an adventure. From reading her writing and seeing what she’s capable of, to observing the other girls in her class, and seeing some mean girls in action, it’s been a roller-coaster of emotions.

She won her first short story competition. She has the imagination and creativity that fiction demands. However, I’ve had to stress that details like spelling and punctuation are as important as the figurative language and expressive vocabulary she uses. We’ve went round and round about not turning in makeup work when she missed class, and my blood has boiled when she’s argued, “What’s the big deal? I did most of it.”

We’ve made small accomplishments. She’s a little more mature with a little better organized backpack. She forgets her ID and belt less and less. Somehow each day she’s inched forward, so now we can look back at the miles she’s traveled, preparing her for whatever 7th grade holds.

A milestone she reached about a month ago was trying out for dance line. The first activity she’d ever faced, where everyone doesn’t make the team. She showed how much she has matured. Gone was the lazy, little girl who would give up when things got hard. She’s been replaced with a mental toughness because she’s learned that things you have to work hard for are their own reward. She has only danced for a year, inexperienced. So I had no idea what to expect. She was going up against girls who had been at it a lot longer and surely had more confidence. For all her outgoing, class clown nature, lies beneath an insecure girl. A girl who struggles to believe in herself, and so sometimes she chokes under pressure. But not this time.

As luck would have it, her group of two was the first to try out. She texted me right after with heartbreaking words:  I messed up. I’m not going to make it. All I could do was reassure her that I was proud of her. She had done her best. She had had fun. Whatever the outcome, she would survive. She would still have a family that loves her.

A few minutes later she texted:  “They asked us to go again. This time I nailed it! The judges were all smiling at me! I’m proud of myself!”

We had to wait hours before the results were posted online. The look on her face when I showed her the website with her number posted was worth all the late night dance classes, and the week-long, nightly practices. She was exhausted, but she had something to show for all her hard work.

But, it only took a few days until the inevitable was said out loud.

“You know you only made it because your mom is a teacher. And she’s a cheerleader sponsor, so next year you’ll make cheerleader too.”

Her friend later apologized, but the damage was done. Especially, when other rumors got back to her about a girl who hadn’t made it; she didn’t think Angela was a good dancer. She had only made it because her mom teaches at the school.

Kids are cruel. The world is cruel. And that’s why our kids need us. Not to take away the cruelty or even protect them from it, because we can’t. No, they need us to show them how to deal with it. Not give up. Empathize. Forgive. Turn the other cheek. Bask in our love so their tender shoots will grow tall and strong in the face of adversity.

Angela had to face more in the first five years of her life than many of us will face in a lifetime. Lack of food. Poor nutrition. Outright neglect. Abuse. She has overcome issues with food and lack of stability in her life. Insecurity about not feeling loved.  She has come so far. It’s an amazing thing to watch.

I go back seven years to how I felt when I taught VBS with my husband at our church.  My heart was wide open. I just had a feeling. And I’m not what you would call a kid person. But I felt like she was mine. I had to do something. I felt responsible. Doesn’t make sense. But that’s how I felt.

She called me momma from the beginning. It just felt right. Yes, I felt like I was her momma. That’s why it was so hard to go to visits with her biological mother and father every other weekend for a year. My heart felt stomped on and pulled apart.

When her older brothers decided they wanted to be adopted by the same family, and we knew that could not be us because her oldest brother is the same age as our oldest daughter, (that would not have been the best situation) her brothers wanted her to come with them. She loved her brothers. But her little, wise soul told her social worker that she knew her future was with us. She wanted a future. She felt safe and loved in our home, and she didn’t want to give that up. She went after what she wanted.

She is a fearless child. A rosy disposition. She lights up a room with her smile and laugh. Even after everything she’s went through, she stays positive. Not that she doesn’t have her moments. Once we talk about it, though, she realizes her independent muscle just keeps getting stronger. And her confidence grows with every struggle that she works hard to overcome.

Sometimes I forget that I didn’t give birth to her. And it seems like she’s always been a part of our family. Other times I get resentful that I didn’t get to hold her as a baby. That she had to experience the neglect that she did. I don’t understand why that’s allowed to happen. I try to make sense of it all. This is a fallen world and we all have choices. But why do some children get adopted like my youngest, and others live out lifetimes of abuse and neglect? Does God care?

It might be quite shocking the doubts that run through my head.

Perhaps it’s because I don’t understand heaven. This thing called eternity. The real nature of God. All of it is too much for my finite mind to comprehend, so I get angry. When we don’t understand, we lash out. Fear leads to so many heartaches. At times I feel like I was destined to be her mother, other times I wonder about my motivations. Then the guilt sets in.

Then there are the times that I’m sure this was all a part of a bigger plan. I am being used for such a time as this.

I don’t tell you that we became certified to be foster parents so she could live with us when she was five so you’ll sing my praises. Quite the opposite. You’d be shocked at the yelling that I do. At the cutting, impatient words that come out of my mouth. My impatience at how different she is from me. From her adopted siblings. See? I am a mess.

I worry all the time that I’m screwing her up. Didn’t she need an outgoing, talkative mother? I argue with God that I’m ill-equipped.

Recently, I watched her give her testimony at First Priority in front of her peers. She said things I have heard before but worded other things in a way that only her smart, intuitive self could do. She said her birth mother got angry a lot, and when she got angry, somebody got hurt. She said it so matter-of-factly. It hadn’t hit me how hurtful, yet impactful, my emotions are to her. I get angry. A lot. But I don’t physically hurt anyone. I don’t physically hurt her. Maybe that is a small part of the plan to her healing. Show my imperfections. When we adopted her, she didn’t gain a perfect mother. She gained a mother who still needs grace. But I am a mother she can trust.

I still have fears, though. One of my greatest fears is that when we give her a car at 16, she’ll run away. I fear that at 18, she’ll try to reunite with her birth family. Even though they hurt her, they are her blood. And I know how much she still struggles because of their rejection and treatment of her. Deep inside, something still craves their approval.

So, I fear she’ll seek out the grass on the other side, and I’ll be rejected.

I’ve made all of this about me.

And so it is, that while I thought I was saving her, she is saving me, every day, from myself. My selfish, impatient, weak self.

If I sugar-coated my attitude, my beliefs, my faith, I would be lying to you.

At my weakest moments, I don’t think I can admit to anyone the frailty of my love for her. Because I’m broken. I’m impatient. I get tired. I want to just be alone and not talk to anyone. She is a bubbly extrovert who wakes up with a story to tell.

Even in my humanness, in spite of my humanness, my heart is full. When she hurts, I hurt. To me, that’s the test of a mother’s love. What they feel, we feel. The happiness, the elation at making dance line or that A on a test; the hurt, the rejection when she’s left out, not invited to the party. The insecurity I can see on her face that I didn’t cause, but I feel the huge seemingly insurmountable task of healing. That’s when I get into trouble.

But I don’t have to be a miracle worker. I’m not in the miracle business.

God is the healer. I just have to love in my own imperfect way. Watch him work his magic. Someday she’ll be healed. And so will I. 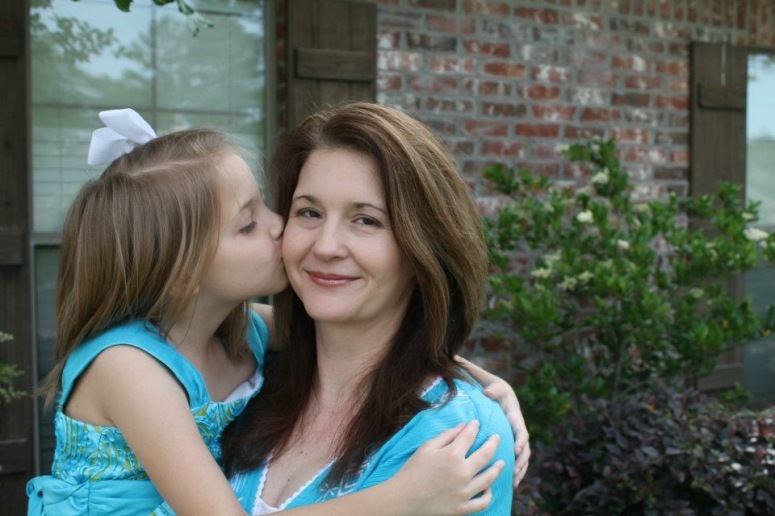 P.S. I get my children’s permission before I post about them. This sweet girl looked up at me with tears in her eyes and said, “Why would I ever leave you? They hurt me. You love me.” It’s all worth it.

4 thoughts on “A Dance of Grace”